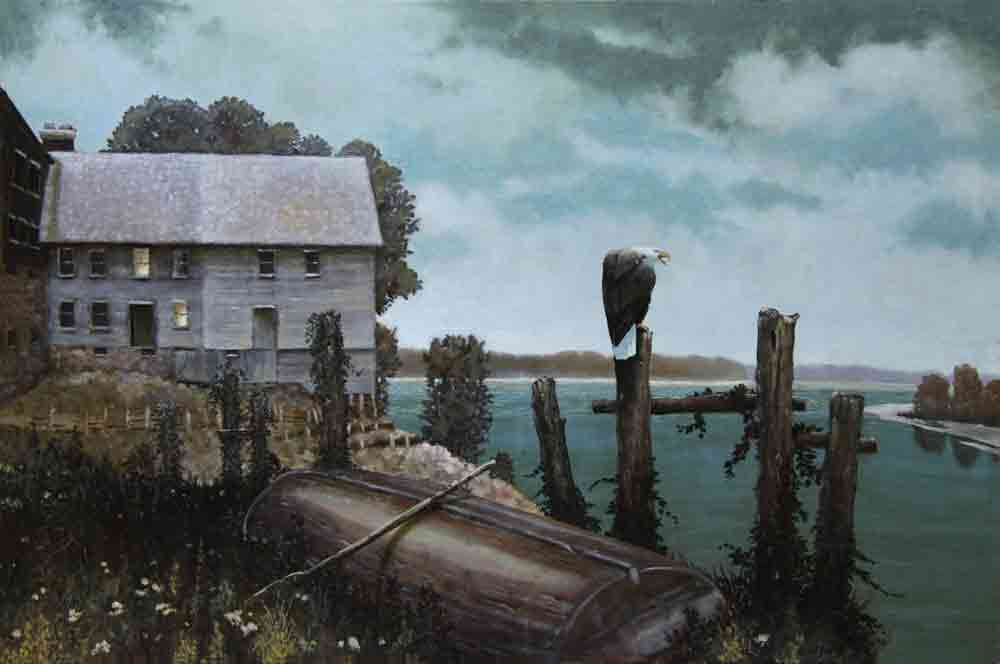 This painting depicts Audubon’s grist and lumber mill in Henderson KY. Its 1816, and the year before, Indonesia’s Tamboro volcano, experienced the largest eruption in recorded history. It ejected an enormous ash cloud into the upper atmosphere which blocked sunlight. It took a year to drift into the northern hemisphere, where it caused, “the year without summer”. The result was three killing frosts during the growing season, which wiped out American agriculture, and agri-business. Combined with Federal debt due on the Louisiana purchase, the continental congress drew down the gold and silver reserves in Federal Banks to pay the debt. In turn, the banks called in all of thier debt to remain solvent. Audubon was bankrupted, but the bankruptcy (which was no fault of his own) set in motion, events and relationships that would eventually bring him to The Western Museum Society in Cincinnati. Here, the “Birds of America” began.